Microflow synthesis is attracting interest as a manufacturing process for a wide range of compounds, and development for peripheral equipment and other such areas is also advancing. One of the approaches that MANAC is taking to realize high-purity compounds is leveraging its expertise to develop microflow synthesis manufacturing methods for raw materials used in coupling reactions. We sat with Shonan Lab researcher Mr. Yuta Katagami to learn more about the current development phase and hear about his experience in moving development forward.

Batch synthesis is a process in which raw materials are all combined in a flask, and the resulting product is collected once the reaction is finished. The majority of fine chemical products are produced using batch synthesis. Following the reaction, the purity of compounds is increased as necessary through separation or purification of the product.

Multiple compounds can be synthesized just by combining raw materials. However, this method may produce uneven reactions, which presents a disadvantage as this often results in impurities. Multiple rounds of purification are then required in order to improve the level of purity. Since such purification methods result in large amounts of waste products, this method can be problematic from a Green and Sustainable Chemistry (GSC) perspective.

In contrast, microflow synthesis is a method for continuous synthesis and involves feeding raw materials through a specialized tube reactor. Continuously carrying out brief chemical reactions greatly limits side reactions and the occurrence of impurities. This has the significant advantage of eliminating the need for purification and largely preventing the occurrence of waste products. Microflow synthesis also offers the following advantages:

Microflow synthesis is a method that excels among flow synthesis processes in achieving precise reactions with high purity by using smaller units of chemical reactions and optimally controlling the mixture ratio of raw materials.

Since microflow synthesis does not involve large-scale facilities, the process can contribute toward space-saving and cost reductions. With the application of microflow synthesis being explored for a wide range of products, there is an abundant variety of microflow reactor types, consisting of small flow paths of a micro-scale diameter. Advancements are also being made in developing peripheral equipment, such as compact ultrasonic generators to prevent feed line blockage.

In recent years, as the competition for high performance in products such as electronics intensifies, material requirements are also becoming more stringent, and there is a need for high purity materials with a low level of impurities.

As Mr. Katagami explains, “MANAC has been developing technologies for manufacturing methods through many different commissioned research projects to limit impurities, as well as purification methods to efficiently remove impurities that occur during batch synthesis. However, this approach alone left us unable to meet client needs for certain projects, and so we began searching for a solution. By participating in academic conferences and other events, we were able to find seed technologies that might lead to a solution. We then focused on microflow synthesis as one of those methods.”

As an example, there are cases in which a brominated aromatic compound is needed as a raw material for a coupling reaction. Such compounds can be manufactured using batch synthesis. However, improving purity requires multiple rounds of purification to remove impurities, resulting in higher costs.

“Typically, bromine does not work well with flow synthesis. Its strong corrosiveness and higher specific gravity compared to water means that high-performance pumps are needed, which in turn requires specialized equipment and control technologies. It’s precisely MANAC’s extensive experience in handling bromine that made it possible for us to make microflow synthesis with bromine a reality. We are focusing on this technology as we believe it can give us a certain edge over the competition.”

From verification in the lab to exploring commercialization

Market research, lab verification, and factory production considerations must first be completed to introduce new compounds to the product lineup when manufacturing new compounds. The method of producing brominated aromatic compounds using microflow synthesis, which is the technology that Mr. Katagami is working on, is in its final stage of lab verification. In the next phase, the equipment used to manufacture the compounds in a factory will be designed.

“I would like to continue the development process while also collaborating with technical departments of our factories, not only during lab verification but also during the process from designing facilities for mass production through to introducing the product to our lineup,” explains Mr. Katagami.

“Microflow synthesis is a relatively young technology when compared to batch synthesis, and even MANAC doesn’t have a large number of people working on it. Even so, the technology is growing in popularity with its wide range of applications. It is my hope that, by experiencing the process from method development through to mass production considerations, we can achieve a position where our advice is sought within Manac regarding microflow synthesis. I want to realize the development of reaction conditions and reaction formulas that are only possible with microflow synthesis.”

Originally from Saitama prefecture, Japan, Mr. Katagami joined MANAC after graduating from graduate school at Tokyo University of Science. During university, Mr. Katagami was part of the organic chemistry lab, where he conducted his research on making high-performance catalysts through the synthesis and physical property evaluation of supramolecular metal complexes.

“While I was job hunting, I first learned about a company called MANAC from one of the university lab members. The next day, I attended a joint corporation job information session that MANAC just happened to be a part of, so I listened to MANAC’s presentation. This is what led me to join the company. I became very interested in MANAC since I would be able to continue using my experience with my favorite field of organic chemicals after joining the company, and because MANAC focuses on developing manufacturing methods.”

After joining MANAC, Mr. Katagami moved to Fukuyama, Hiroshima, a place previously unfamiliar to him. “Fukuyama is a very nice city to live in. There aren’t many students learning about organic chemistry in the Kanto (eastern Japan) region who go on to work in Hiroshima, so it also gives me a lot to talk about. Since the Shinkansen bullet train stops at Fukuyama Station, it is also very convenient for me when I go back to visit my hometown.”

Currently, Mr. Katagami is working on microflow synthesis at the Shonan Lab, where MANAC develops original products and technologies.

“MANAC is particularly strong in niche areas and is a place where I can take full advantage of the knowledge and experience in organic chemistry that I gained in my work through university. I would like more students to become aware of MANAC so that we can work together on technology development.” 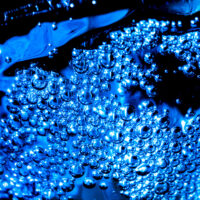 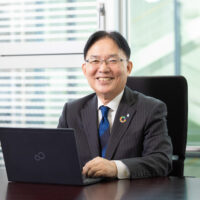 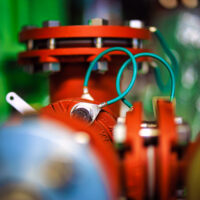 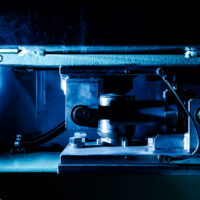 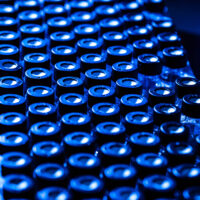 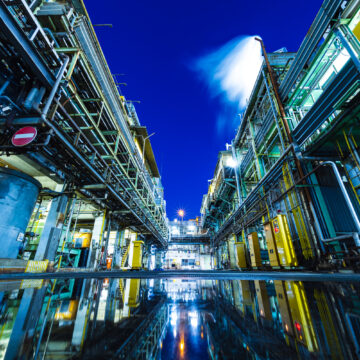