So far in this series, we have given an overview of the major N-bromo compound N-bromosuccinimide (NBS) and its reactivity. NBS is known as a first-line brominating agent and is used in a wide range of bromination reactions.

Although NBS is commonly known for such applications, another brominating agent exhibits similar reactivity to NBS while further reducing bromination costs and byproduct volumes. The brominating agent is none other than 1,3-Dibromo-5,5-dimethylhydantoin (DBDMH).

Many of you who have read this far surely would like to learn more about the characteristics and precautions of DBDMH. Perhaps you routinely use NBS for your bromination reactions but would like to give DBDMH another try.

In this article, we review details such as the characteristics of DBDMH, handling precautions, and an overview of DBDMH bromination reactions. Information in this article is provided to aid in the effective and safe application of DBDMH.

DBDMH is a slightly yellow to yellow-red crystalline powder with a distinct, weak odor and a melting point of 197–199°C (decomposition). The compound is soluble in substances such as ethanol and chloroform, slightly soluble in acetone, dioxane, THF, hot water, and boiling carbon tetrachloride, and has poor solubility in hexane. DBDMH is also called dibromantin. DBDMH is characterized by the two bromine atoms contained in its molecule.

Since DBDMH powder is easier to handle than bromine (liquid), it is a useful brominating agent for organic syntheses. With its ability to undergo long-term storage in cool, dark, dry places, DBDMH is also relatively inexpensive. The compound can easily be prepared in a lab by having bromine act on 5,5-dimethylhydantoin in an ice-cooled NaOH aqueous solution2.

DBDMH is also a raw material of hypobromous acid water, a designated food additive also used in the USA for cleaning purposes, including as a surface disinfectant for meats and poultry3.

Industrial-grade reagents produced in Japan with a 98%–99% purity can be purchased from MANAC.

DBDMH handling precautions
DBDMH is a compound that can be handled safely under normal conditions. However, DBDMH may ignite or explode if it comes into contact with reducing agents or is mixed with combustibles due to its mild oxidation action. The compound is also a severe irritant for skin and mucous membranes, and contact with eyes may lead to blindness.

Important points when using DBDMH in bromination reactions
(1) Solvent selection
Carbon tetrachloride is often used as a solvent when heating under a reflux is necessary. Dichloromethane can also be used in reactions to brominate substrates of high reactivity. There is research that widely explores the safety and reactivity of various solvents4.

(2) Reaction speed control
When reactions progress slowly, favorable results can be achieved by adding a radical generator such as benzoyl peroxide (BPO) at approximately 5–10% or by applying photo-irradiation. Heat application and the addition of an acid catalyst are also effective4.

In general, “N-bromo compound” is synonymous with NBS for most people. At MANAC, however, we associate “N-bromo compound” with DBDMH. The fact that we at MANAC produce DBDMH is one reason for this, but the following reasons mentioned at the beginning of this article are also major factors:
・DBDMH molecules contain two bromine atoms, allowing each bromination reaction to be achieved at a lower cost than with NBS.
・The amount of imide byproducts can be minimized.

Since DBDMH can be used in the same way as NBS for standard bromination reactions, we recommend even those who have never used DBDMH before to give it a try. (This article here describes a case in which we succeeded in reducing a client’s manufacturing costs by proposing DBDMH.)

Chemia
Recommending DBDMH over the requested brominating agent and contributing towa...
https://chemia.manac-inc.co.jp/en/archives/636
【CAS No.】77-48-5【Chemical name】1,3-Dibromo-5,5-dimethylhydantoin【Chemical formula】C5H6Br2N2O2In addition to halogen compounds that contain halogens such as bromine and iodine, Manac also manufactures and markets the brominating agents required to produce halogen compounds. Examples of the brominating agents handled by Manac include NBS and DBDMH.In winter 2019, Go Tanaka, in charge of pharmaceutical-related product sales at Manac’s sales department, received an order for NBS from a comp... 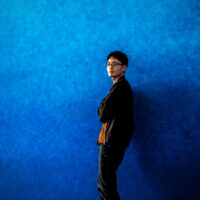